Friends and family pay tribute to Ethan and Connor 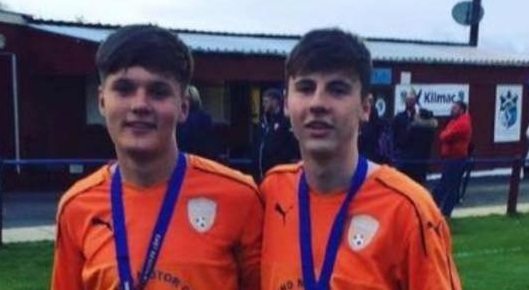 Hundreds of mourners gathered in Kirkcaldy to pay tribute to teenagers Ethan King and Connor Aird who died following a tragic car crash.

Heartbroken family and friends lit candles, listened to music and released balloons at the memorial event for the friends and team-maters.

The friends, both 17, played for Glenrothes Athletic and the club issued a statement after Connor’s death yesterday.

“Connor was a member of the team for several seasons, and captained the side during the treble winning season of 2016/17. He was such a talented footballer, a leader, a captain, a teammate and a friend.

“The thoughts and prayers of everyone at the club are with Connor’s family at this difficult time.

A third passenger remains in hospital with serious injuries and he is in a stable condition.