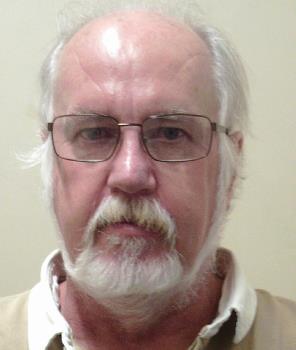 A depraved Fife care worker, who repeatedly raped a profoundly disabled man at a residential home, has been jailed.

Steven Watson (64), of Skye Road, Dunfermline preyed on the wheelchair-bound victim, while employed as a relief support worker with a disability charity.

When caught, low-life Watson (pictured above) made false claims to police that the victim, who suffers from a multitude of physical and mental disabilities, had been a willing participant .

At the High Court in Edinburgh, judge Lord Beckett told Watson it was a “dreadful crime” and a “ gross breach of trust”.

Watson, previously employed overseas with charities such as Oxfam and Save the Children, was jailed for six years and four months.

He has been placed on the sex offenders register indefinitely.

Watson previously admitted assaulting and raping the man who, because of a mental disorder, was incapable of giving consent on three occasions between December 1st last year and January 6th at a residential unit in Fife.

Advocate Depute Jane Farquharson QC told the court the victim has a number of conditions, including cerebral palsy, epilepsy, severe learning difficulties and is confined to a wheelchair.

Ms Farquharson added: “He cannot do anything for himself and requires assistance in all aspects of his daily living.”