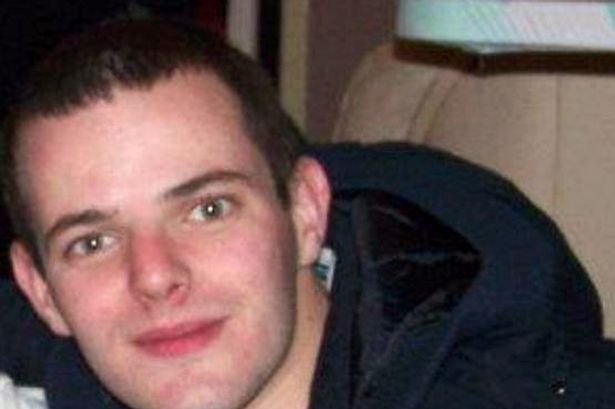 It is now five years since Allan Bryant left a bar in Glenrothes and disappeared.

Police Scotland’s Major Investigation Team are issuing footage of Allan Bryant taken by his friends as they appeal for the public’s help five years since he was last seen.

Allan, who was 23 when he went missing, was pictured on CCTV leaving Styx Nightclub on Caskieberran Road in Glenrothes shortly after 2am on Sunday 3rd November 2013.

Allan left his home in Ednam Drive shortly after 8pm the previous evening (Saturday 2nd November) and walked with friends to an engagement party at Leslie Golf Club. He arrived there around 9pm, and then left around midnight when he travelled by minibus with a group from the party to Styx nightclub.

He arrived at Styx, which is approximately a one mile walk away from his home, shortly after midnight and was last seen on CCTV leaving the club at 2.02am.

The CCTV footage shows Allan standing outside the club for a brief period before walking towards the direction of Tanshall Roundabout.

Despite extensive searches and public appeals by Allan’s family and police, he has not been seen or heard from since.

“It just feels like he walked out the door yesterday, it’s so vivid. People will think it’s been a long time, which it has been, but to my family it’s like it only happened yesterday.

“When you go to bed at night and when you wake up in the morning, all you do is think about Allan. There’s no escape. You just want to know what’s happened to him, where he is and does anyone know anything about him.

“If they do, please come forward and end this nightmare for our family. To live a life like that, and not know what’s happened to your child, is horrendous.”

The heartbroken dad said earlier this year, “I think Allan was set up,* He added, *I think something happened to him as he left that nightclub.*

Detective Inspector Kevin Houliston, of Police Scotland, said,”We continue to ask for the public’s help and I would urge local residents to think back to early November 2013.”