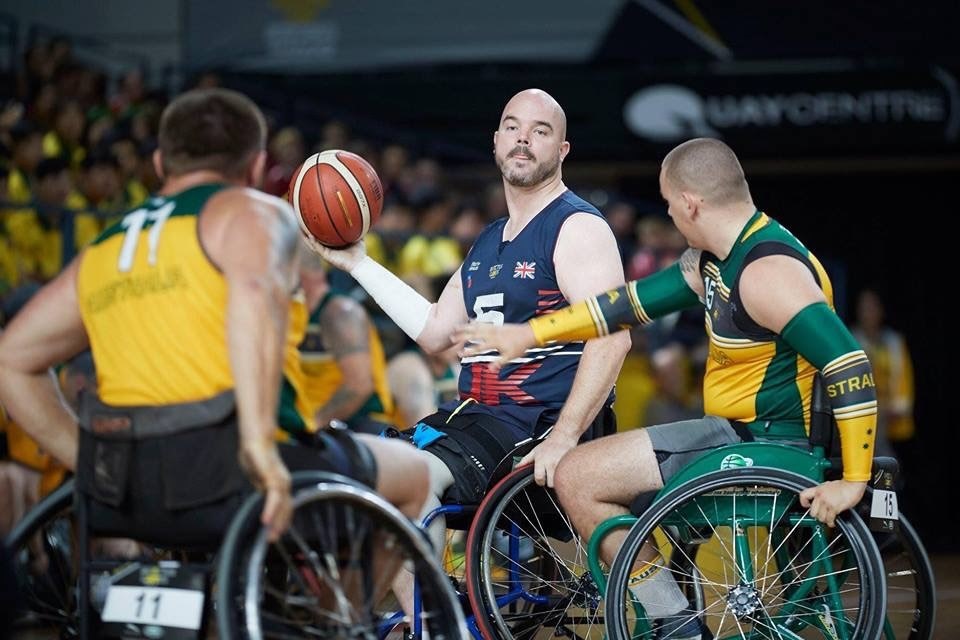 RAF veteran Michael Mellon has returned home to Cardenden as a triple medallist from the Invictus Games in Sydney.

Michael, who was the only Scottish athlete taking part, won a bronze medal in wheelchair basketball, and two silver medals in the sitting volleyball and wheelchair rugby.

Having previously returned with a bronze and silver medal from the Toronto Games, Michael was determined to add to his already healthy collection of medals.

Since the 2017 Games in Toronto, Michael has kept in touch with many of the other wounded, injured and sick veterans and says that being in Sydney with like-minded people has given him that sense of camaraderie that he says he lost when he left the RAF.

Michael (38) said, “What an incredible Games they were.

“Toronto will always be a special place to me as that’s where my journey began but Sydney really was like nothing else.

“From the moment we touched down it was a complete whirlwind and obviously coming away with three medals was the icing on the cake for me. 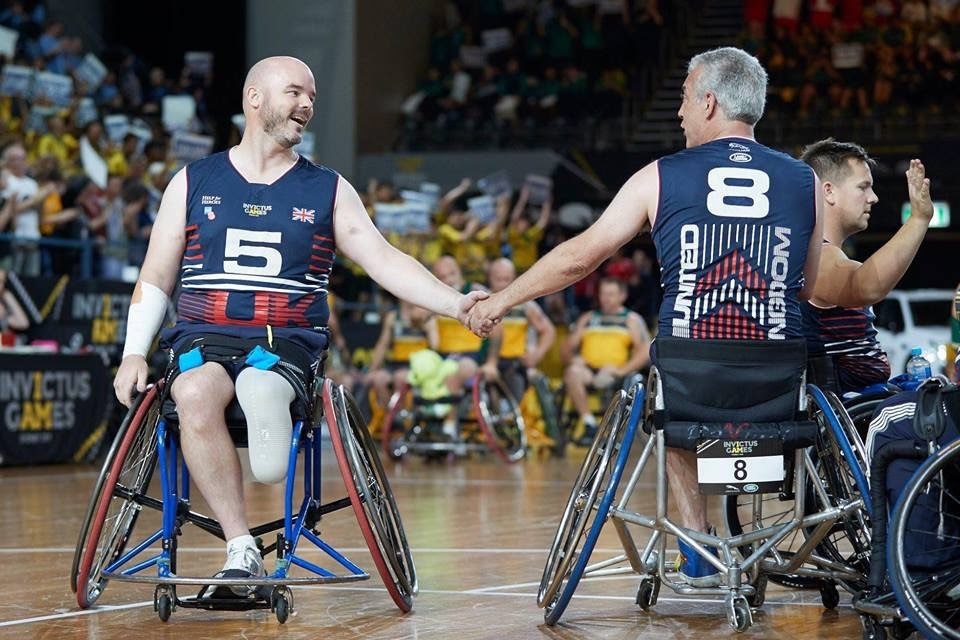 “But the Games are so much more than winning medals. When I left the RAF I really struggled to transition back into the civilian world. It was before the times of social media and so I lost contact with most of my former colleagues.

“The RAF Regiment lads have a sense of humour like no other, the banter is great, and I really missed the camaraderie. Spending time with people who have been through similar things as me makes me feel part of the military life again.”

Michael took up disability sport following an injury which ended his RAF career and ultimately led to the loss of his left leg.

The RAF Benevolent Fund stepped in to support the former RAF gunner with a grant for a specialist wheelchair which enabled him to take up several new sports.

Michael was just 17 when he joined the RAF in 1997 following his father, sister and brother into military service.

In 2001, while playing in a RAF Rugby match, Mike fractured his tibia and fibula bones which resulted in compartment syndrome.

This occurs when something blocks the blood flow, causing a pocket of pressure to build up and starving nerves of oxygen.

More than 10 years went by and Michael was still suffering with daily pain and on-going health issues, so he took the difficult decision to have his left leg amputated.

Previously a keen sportsman, Michael was now facing life as an amputee and a wheelchair user.

Things began to slowly improve for Michael when he was reintroduced to sport. The RAF’s leading welfare charity, the Royal Air Force Benevolent Fund, were able to assist Michael during his recovery by funding a specialised wheelchair, enabling him to compete in various wheelchair sports.

Michael said, “Sport really did help turn my life around. When I was medically discharged from the RAF we moved to my wife’s hometown of Fife and I became a house husband.

“It was a difficult time for me, I gained a lot of weight, I wouldn’t leave the house and I was suffering quite badly with depression.

“But then I received the funding for my specialised wheelchair and it made such a difference. Both physically and mentally, sport has played such an important role during my recovery and I could never have imagined I would be participating in sport at such a high level.

“I took part in a new sport this year, wheelchair rugby, which was great. Watching it from the stands in Toronto last time was awesome so it felt good to be out on the pitch this year. It’s one of the more physical sports and the atmosphere was amazing.

“Thanks to my awesome coach and team mates we took the silver medal and I have to say winning a medal as part of a team is a feeling like no other.”