Manhunt goes on in Fife for knife-point rapist 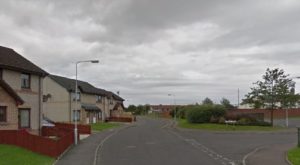 Police, still hunting a knife-point rapist following a horrific street attack in Methil, have issued a fresh appeal for witnesses.

A man arrested in connection with the incident was later released without charge.

The terrifying attack happened at around 8pm on Tuesday 29th January near to Laird Avenue.

A 20-year-old woman was walking in Herriot Crescent on to Kirkland Road when she was approached by a man carrying a knife.

The victim was forced into an area of wasteland where she was attacked, before she managed to flee in the direction of a nearby industrial estate.

The suspect is described as white, aged in his twenties, around 5ft 8ins tall and of medium build.

He had light-brown curly hair and was described as wearing a dark-coloured waterproof jacket and dark-coloured tracksuit bottoms.

Detective Inspector Stuart Morris, of Fife’s Public Protection Unit, said, “This was an extremely frightening ordeal for this woman who continues to assist us with our inquiries and has shown great bravery throughout.

“We are continuing with our high-visibility patrols and further door-to-door enquiries will be conducted in and around the local area across the weekend and in the coming days ahead.

“We believe that a blue coloured car, possibly a Ford Focus, may have passed the victim and the suspect immediately prior the attack.

“I would appeal to any drivers who may have been in Laird Avenue, or the surrounding streets, around 8pm on Tuesday 29th January, and who may have dash cam footage of the area, to come forward and provide this at their earliest opportunity.”