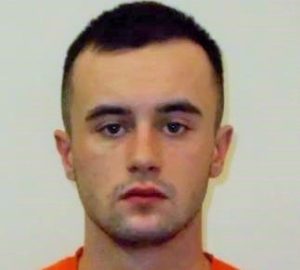 A violent thug, responsible for a catalogue of abuse in Fife, has been jailed at the High Court in Glasgow.

Ian Turner was sentenced to five years for the physical abuse of two women between October 2015 and July 2018 and for a sexual offence against one of the victims, who was under16 at the time.

He has been placed on the sex offenders’ register for 10-years.

Turner became the subject of an investigation after one woman came forward to report the crimes, which took place mainly in Kirkcaldy and Glenrothes.

Turner was subsequently arrested and charged in October 2017. He was reported for further offences towards another woman in July 2018.

Detective Constable Lesley Couper said, “Over the course of three years, Ian Turner subjected these women to periods of emotional and physical abuse that included violence involving the use of weapons.

“He has demonstrated himself to be a callous and predatory individual with no remorse for the impact his crimes have had on his victims.

“I would like to commend the outstanding bravery of these women in coming forward to report these crimes, which has been vital in securing these convictions.

“Turner will now serve a custodial sentence and will thereafter be subject to monitoring and supervision so that he cannot inflict harm on anyone else.”