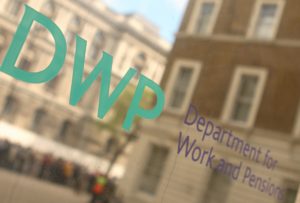 A Fife woman received over £53,000 in pension payments for her mother in the years following after her death.

Jean Hutt failed to report her mum’s death to the benefits authorities and so the payments continued for almost a decade.

Hutt had been receiving the payments on behalf of her mother before her death when she was living in a care home.

Hutt (64), of Lawson Gardens, Kirkcaldy, appeared in the dock at Dunfermline Sheriff Court.

She admitted that between 12th April 2008 and 18th October 2017 at addresses in Dunfermline, Ballingry, Kirkcaldy, Cardenden, Dysart, Methil, being the recipient of state pension, she failed to give prompt notification to the Department of Work and Pensions of the death of Jean Baillie on 12 April 2008 and received £53,068.16 to which she was not entitled.

Depute fiscal Claire Bremner said that Mrs Baillie was in a care home prior to her death and a guardianship order was in place. This placed Hutt in charge of her mother’s financial affairs.

When Mrs Baillie died in 2008, Hutt failed to notify the DWP.

When inquiries were carried out in 2017, a visit was paid to the care home and it was discovered it was now closed down.

Residents had been moved into a new home and the manager there said Mrs Baillie had been resident at one time but had passed away years before.

In December 2017, Hutt attended an interview at Kirkcaldy Job Centre at which he spoke about “feeling awkward” when bank tellers asked how her mum was keeping after her death.

She also admitted a lot of money had been spent on alcohol as she had a drink problem.

“She said she had become a Christian, was ashamed of what she had done and was glad everything was now out in the open,” added the depute.

Sheriff Alastair Brown said Hutt’s record of previous convictions was “a bit surprising”. He told her, “The death of your mother is not the sort of thing you were likely to overlook.”

He called for reports and sentence was deferred until 11th February.