Woman in plaster after nightclub assault 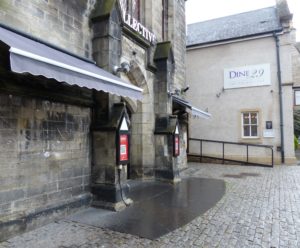 A woman sustained a fractured foot after being assaulted at a Dunfermline nightclub.

The victim was in plaster for over three weeks following the incident, depute fiscal Azrah Yousaf told Dunfermline Sheriff Court.

Kelly Beveridge (34), of Linburn Road, Dunfermline, appeared in the dock.

She admitted that on 28th May at Harlem, Bruce Street, she assaulted a female by pushing her on the body causing her to fall and strike her head, all to her injury.

The depute said, “As well as soft tissue injury to her head the complainer suffered a fracture foot and was in plaster for three to four weeks.”

Sheriff Charles MacNair called for reports and Beveridge will be sentenced on 11th October.