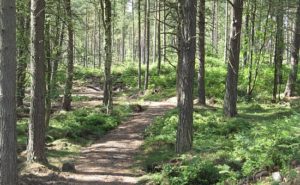 The body of a man found by members of the public in Devilla Forest, near Kincardine, has now been identified.

The remains were found on Sunday 3rd September and inquiries have established he was a 26-year-old, originally from the Tees Valley area of England but who lived in Dunfermline.

The man was last seen on Thursday 17th August and his death remains unexplained pending further forensic enquiries and a report has been submitted to the procurator fiscal.

Detective Inspector Kelly McEwan, of Dunfermline CID, said, “The cause of death remains unexplained and we’re continuing to work to get answers for the man’s family, who we’re providing support to at this sad time.”