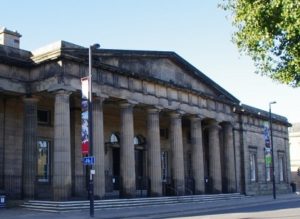 A Fife man has appeared in court accused of causing the death of his partner in a road crash in Perthshire.

Brian Hampson (29), from Rosyth, is alleged to have driven at excessive speed, lost control of his vehicle and collided with an oncoming van, killing his passenger Kimberly Robertson.

The collision happened on the A9 near Luncarty on 13th October last year.

It is alleged the accused drove his Honda Civic dangerously, crossed the road into the path of an oncoming Vauxhall Vivaro van which led to a collision.

A second charge alleges that he caused serious injury to van driver Gerald Rogers (70) and to a five-year-old boy and a six-year-old girl, by driving dangerously.

Hampson made no plea during a hearing in private at Perth Sheriff Court. The case was continued for further examination and he was granted bail.