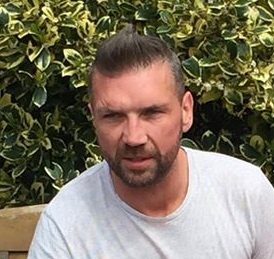 A 41-year-old man who subjected two woman to violent assaults, threatening behaviour and a sexual assault has been jailed.

Stuart Edwards was sentenced to three years and 11 months in prison at Glasgow High Court  for a number of offences, which took place between 2014 and 2017 in the Glenrothes, Leslie and Kirkcaldy areas.

Last month was found guilty of assault, sexual assault and threatening behaviour at the High Court in Edinburgh.

The victims had contacted the police at the start of 2017 and Edwards was subsequently arrested and charged.

Detective Inspector Paul Dick, from Glenrothes CID, said, “Stuart Edwards is a violent individual who exercised extreme control over the victims, carrying out systematic abuse over a number of years, leaving them traumatised by his behaviour.”