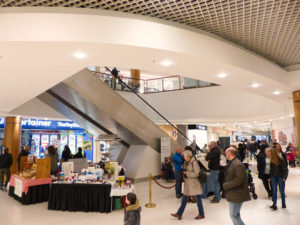 A shoplifter, caught trying to steal almost £1500-worth of perfume from a Fife store, says he now wants to go back home to Romania.

Stefan Petrescu ran from the shop into the street with two others but was pursued and caught by security officers.

Petrescu (24), who only arrived in Scotland last month, was part of a three-man criminal gang which travelled from Dundee and targeted the Debenhams store in Dunfermline.

Bottles of perfume were lifted from shelves and placed into a foil-lined bag inside a back-pack Petrescu was wearing.

However, when the thieves realised they had been spotted by security staff they ran out of the store.

Petrescu was caught as he ran down the street and appeared from custody at Dunfermline Sheriff Court.

It was his second court appearance in his first month in Scotland having been put on bail Stirling for another shoplifting charge.

At court in Dunfermline, Petrescu, of Dundonald Street, Dundee, admitted that on 2nd November at Debenhams. Kingsgate Centre, he stole a quantity of fragrance.

Petrescu, who speaks no English, appeared in the dock with a translator.

Depute fiscal Dev Kapadia said, “The value of the goods was £1466 . The accused was equipped with a foil-lined bag and was with two other males.

“They proceeded to lift the perfume bottles from the open shelves and place them in a back-pack worn by the accused.

“When they realised they were being watched, they started walking towards the exit to Carnegie Drive. The accused left the large back-pack near the exit.

“There were a number of security officers on their way to the scene. The three men kept their heads down, avoiding eye contact with the centre’s staff.

“One of then screamed something in a foreign language and all three started running out of the shopping centre and into Carnegie Drive.

“The accused was caught by two of the security staff and apprehended. The back-pack was found to contain 15 bottles of perfume in a foil-lined bag.” 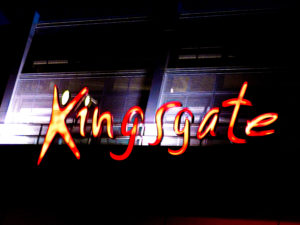 Defence solicitor Elaine Buist said her client was living in Dundee with a family friend having come to Scotland at the beginning of October.

“One of the reasons he came to Scotland was to try to earn money for his family. He hoped to find work but now he says he wants to return to Romania and knows that there is a bus from Scotland which goes there,” she added.

Court proceedings had been delayed earlier in the week when the solicitor raised concerns about possible human-trafficking and coercion.

When police officers tried to investigate these claims, Petrescu refused to speak to them.

Sheriff Charles MacNair told Petrescu, “This was a planned shoplifting expedition and involved the use of a foil-lined bag to avoid detection by the store’s security system.

“You’ve been here for little more than a month and in that time you were also placed on bail in Stirling.”

The sheriff called for reports and Petrescu was remanded in custody until sentencing on 28th November.