Murder investigation after woman (36) is killed in Fife village 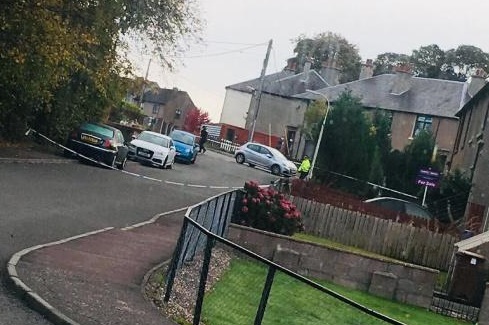 Two arrests have been made following the murder of a 36-year-old woman in the village of Blairhall.

Police were called to a house in Rintoul Avenue at 7.30pm last night. Emergency services also attended the woman was pronounced dead at the scene.

A 27-year-old man and 29-year-old woman have been arrested in connection with the death.”

A large section of Rintoul Avenue was cordoned off by police as crime scene officers investigated the incident.

On Saturday morning, a forensic officer could be seen taking evidence from the first floor flat and detectives later arrived on the scene

A police spokesman confirmed, “Police in Fife have arrested a man and a woman in connection with a death.

“Officers were called to an address in Rintoul Avenue in Blairhall at around 7.30pm on Friday October 5.”