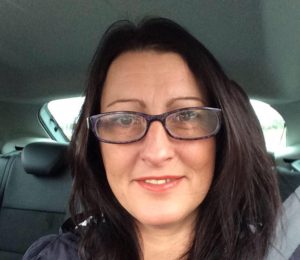 Charlene Valente stole the ring from her great aunt and then cashed it in at a pawn shop.

The elderly victim had welcomed Valente into her home for a cup of tea, unaware of the real purpose of the visit.

The ring was never recovered and Valente came up with a story about having stolen it by accident.

She admitted that on 23rd September last year at an address in Cardenden, she stole a gold ring.

Depute fiscal Dev Kapadia told the court that the victim, a 81-year-old widow, was the great aunt of Valente.

“She was at home doing her house work when the accused paid her a visit. The complainer was aware that the accused was a drug user,” he added.

The pensioner welcomed Valente into her home for a cup of tea and also invited in her boyfriend who had been waiting outside in a car.

“At one point the accused had gone upstairs to use the toilet and shortly afterwards she and her boyfriend left,” said Mr Kapadia.

Later, the victim began to become suspicious about Valente having gone upstairs and when she checked in her bedroom she found her gold engagement ring was missing.

When interviewed by the police, Valente claimed she gone upstairs to the toilet but went into the bedroom and tried on the ring.

“She said she had forgot it was still on her finger when she walked off into the toilet. She said it was now in a shop in Kirkcaldy High Street” the depute continued, adding that it never been recovered.

Defence solicitor Martin McGuire said, “It will come as no surprise that she has an issue with drug dependency.”

“You then pawned that ring and it has never been recovered. The ring would have held significant memories for her and you have ruined that for your own selfish needs.”

He jailed Valente for six months.