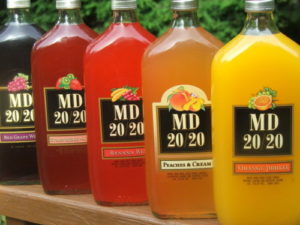 A drug addict, who bought alcohol from a Dunfermline shop for a 13-year-old girl, has been sentenced in court.

William Strathearn bought a carry-out of MD 20/20  for the girl and her friends after she gave him money.

Police were contacted when the young group were seen drinking in the street near Dunfermline bus station.

The incident led to Strathearn (39), of Leas Park Road, appearing for sentencing at Dunfermline Sheriff Court.

He previously admitted that on 3rd March, at News Express, Pilmuir Street, he bought alcohol for a girl then aged 13 years old. He also admitted to being in possession of heroin.

Depute fiscal Azrah Yousaf said, “The matter came to light because there was a group of young people loitering about in the area consuming alcohol.

“This was reported to the police. An officer spoke to the girl and she said an adult had purchased it. She gave him £10 and he bought the alcohol.

“The accused was traced from CCTV.”

Strathearn told police, “I’m sorry. I didn’t know she was that age.”

Of the alcohol purchase, Mr Beatson said, “He was approached by the girl and thought she was maybe 17. He didn’t realise how young she was.

“He appreciates it was a stupid thing to do.”

Sheriff Charles MacNair told Strathearn, “You have an appalling record.” He imposed a restriction of liberty order for 120 days.