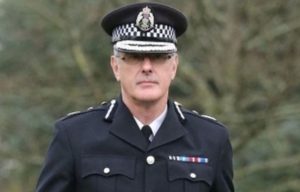 Phil Gormley’s disastrous spell as chief constable of Police Scotland is over after he resigned today with immediate effect.

He has been on special leave since September amid a series of investigations into claims of gross misconduct.

The Police Investigations and Review Commissioner had been investigating five complaints and a further two were being assessed internally.

In a statement, he said he has come to the conclusion that it would be impossible to resume his duties in any meaningful way ahead of his contract expiring at the end of this year.

Mr Gormley was named as the head of the Police Scotland in December 2015.

He had previously been deputy director of the National Crime Agency and had served as the chief constable of Norfolk Police.