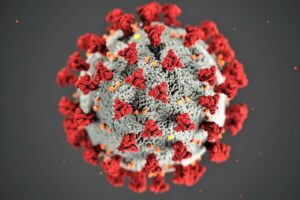 The number of people allowed to meet up in Scotland has been cut to six amid concerns about a rise in coronavirus cases.
First Minister Nicola Sturgeon announced a “tightening and extension” of lockdown rules in the Scottish Parliament this afternoon.
The size of groups which can meet in homes, gardens, pubs or restaurants has been cut to six people from two households, as is also being introduced in England.
However, in Scotland children under the age of 12 are exempt from the new restrictions.
In the hospitality sector, customers will now have to wear masks as they move around Scottish bars and restaurants. The wearing of face coverings for staff in hospitality is also to be made mandatory.
Meanwhile, changes planned for Scotalnd later this month have been delayed.
Theatres, live music venues, indoor soft play facilities and indoor contact sports will not now open next Monday as planned.
Here are more details from the Scottish Government update:
“At this review point we will take the following steps to further reduce transmission of the virus:
• The limit on the number of people who can meet socially indoors or outdoors will be reduced to a maximum of six people, and they should come from no more than two households. This applies in people’s homes and gardens as well as in hospitality and public spaces such as parks. It is not required to count children under 12, from within the two households, within the 6 person limit. The regulations and guidance will be updated to reflect these changes. As before there will be certain limited exemptions to this limit – for example attendance at weddings and funerals.
• Given the return of university and college students that has already begun, we will extend the house party offence provision that came into force on 28 August to include parties held within student accommodation. This will make it an offence to attend a party in student accommodation as it currently is in other forms of private dwelling. In doing so we will ensure that normal domestic activities carried out by students in their own accommodation are not inadvertently breaching the rules. This change is planned to come into effect on 14 September.
• Face coverings will be mandated for customers and staff in indoor hospitality. There will be an exemption for when customers are eating and drinking. Staff in non-public facing roles, such as kitchen staff, will also be exempt where face coverings may present health and safety issues due to the nature of roles. Exemptions for vulnerable groups/individuals will also apply to hospitality settings. Regulations will the take effect on Monday 14 September.”