“A DANGER TO CHILDREN”: FIFE SEX OFFENDER BACK BEHIND BARS 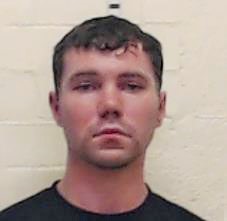 A Fife paedophile has been jailed for a second time for sex offences involving children.
Christopher Webb (28) was sentenced yesterday to three years and nine months at Kirkcaldy Sheriff Court for possessing and distributing indecent images and videos of children.
Webb, from Inverkeithing, had previously been jailed in April 2018 at the same court after encouraging young boys to take their clothes off and perform sex acts online between 2013 and 2017.
On that occasion he was jailed for 27 months and placed on the sex offenders register for 10 years.
Following his latest jailing, Detective Chief Inspector Richard Banks of the National Child Abuse Investigation Unit, said, “Webb is clearly a danger to children and the internet has supplied him the opportunity to indulge in his fantasies at the expense of the child victims.
“He has also encouraged others to participate in this type of behaviour and exploit vulnerable children in the process.”