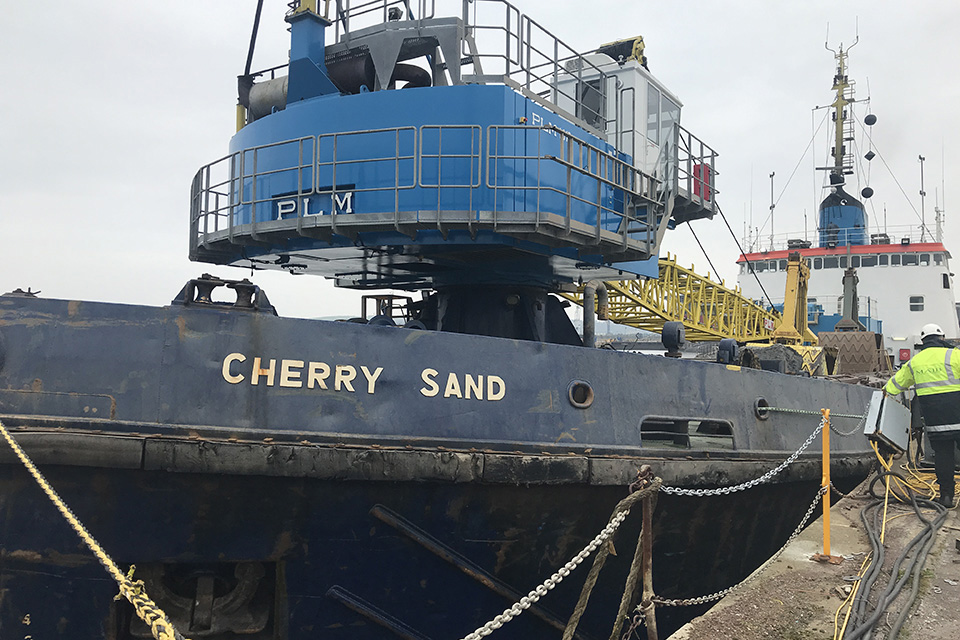 The master of a dredger was crushed to death at Rosyth port, after falling as he tried to step ashore from the vessel.

Brian Smith (72) was pulled from the water but died from his injuries.

The dredger had been taking part in work in preparation for the arrival of the aircraft carrier HMS Queen Elizabeth.

A report by the Marine Accident Investigations Branch into the incident has found that practices used were “inherently hazardous”.

On 28 February last year, the master of ‘Cherry Sand’ was crushed between the dredger and the jetty after he fell while attempting to step ashore to assist berthing the vessel in Rosyth.

The master had climbed over Cherry Sand’s bulwark and on to the rubbing band in readiness to step ashore as part of a self-mooring operation.

The chief officer was still manoeuvring the dredger towards the berth when the master took a single step towards the quayside.

Cherry Sand was too far away from its berth, with the result that the master’s foot missed the quay, and his upper body struck the chains and quayside with force before he fell between the quay wall and the vessel. He was crushed by the moving dredger before slipping into the water.

The report released today states, “The method used for self-mooring Cherry Sand was inherently hazardous, and crew routinely stepped ashore/on board when the vessel was not tight alongside.

“Linesmen were not used and no measures had been taken to avoid having to place a crew member ashore while the vessel was unmoored.”