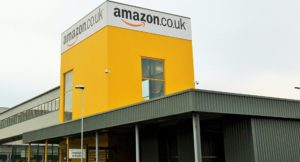 A former Amazon worker used his inside knowledge to pull off a £7500 fraud on the retail giant.

Sean Wilson bought expensive computer parts and returned cheaper ones for a refund, claiming they were faulty.

The crooked computer geek would then sell off the original parts at over £250 a time.

The scam worked fine for almost a year, until Wilson’s former colleagues at Amazon worked out what was happening.

The fraudster just avoided a jail term when appeared for sentencing at Dunfermline Sheriff Court.

The charge was that he had formed a fraudulent scheme to obtain goods and money by repeatedly pretending to Amazon staff that he had purchased computer parts which were faulty and he had returned them seeking a refund.

The truth was that the items returned were not the ones purchased and were of lesser value. In this way, he obtained goods and money to the value of £7500 by fraud.

Depute fiscal Alistair McDermid said the sum was obtained over 48 separate transactions in which goods were returned.

Wilson sold the original parts on eBay and returned cheaper items to Amazon for a refund.

“The accused had previously worked in Amazon’s problem solving department. It was this department which first detected these offences in November 2017,” said the depute.

One of the names used was his partner’s which caused investigators at one stage to suspect she may be involved.

Defence solicitor Ian Beatson said his client left school with no formal qualifications but had a keen interest in computers.

He added that the fraud began when Wilson “began to have financial difficulties and difficulties with employment”.

Sheriff James MacDonald said Wilson “used information and technical know-how obtained from his time at Amazon to circumvent their systems.”

He told Wilson it was “a significant breach of trust” and he had come close to a prison sentence.

Instead, the sheriff imposed a community payback order with two years’ supervision and 270 hours of unpaid work. Wilson was also ordered to pay £7500 compensation to Amazon within 18 months.