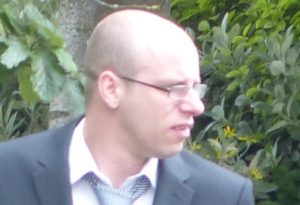 A serial flasher, who targeted young girls in Fife streets for more than a year, has been jailed.

Mark Beveridge had previously been convicted of sexually assaulting a female customer in his pet shop business.

Despite that court appearance, Beveridge repeatedly went out into the streets of Cowdenbeath, exposing himself to girls as young as eleven.

Some of the victims became upset when they had to re-live their frightening experiences during a seven-day jury trial at Dunfermline Sheriff Court in March.

Beveridge was found guilty and when he returned to court for sentencing he was jailed for 21 months.

Sheriff Charles MacNair also imposed an extended sentence of 12 months to protect the public when Beveridge is released.

He has also been placed on the sex offenders register for an indefinite period.

The mother of one of the girls was in court to see him jailed. She said afterwards, “It was terrible what he did to these girls and then they had to come here and go through it all again in court because he didn’t have the guts to admit what he’d done.”

Beveridge would appear next to his victims naked from the waist down and on one occasion chased after the terrified youngsters.

His flashing offences took place over a period of more than a year and the girls were aged between eleven and 14 at the time.

All the incidents took place in Beveridge’s home town of Cowdenbeath.

Beveridge (29), of Rae Street, denied all the offences but the jury delivered guilty verdicts.

On 23rd July 2014 at Park Road and Farm Road, Cowdenbeath, he exposed his genitals in a sexual manner to girl then aged eleven.

On 23rd July 2014, at Park Road and Farm Road, Cowdenbeath, he exposed his genitals in sexual manner to a girl then aged 13

On 30th December 2014 at Rowan Terrace and Chapel Street, he exposed his genitals to two girls, then both aged 13, followed them while the lower half of his body was naked and exposed his penis to them.

It is also alleged that on the same day Beveridge then exposed his genitals in a sexual manner to two other girls, both aged 15, at the same location, following them with the lower half of his body naked.

On 13th March 2015 at Blamey Crescent he exposed his genitals to a girl who was then aged 12.

On 2nd April 2015 at Craigbeath Court, he exposed his genitals to two girls both then aged 15.

On 9th May 2015 at Blackburn Drive he intentionally exposed his genitals to girls then aged 13 and 14.

On 23rd July 2015 at Johnston Park and Southfield, he exposed his genitals in the presence of two girls aged 14.

On 29th October 2015 at Leuchatsbeath Drive he exposed his genitals to two girls then aged 15.

By his denials, Beveridge forced the girls to recall their ordeals at the trial. Some victims became very upset as they recalled the incidents behind screens in the courtroom.

A girl told the court she was walking past bushes with her friend, another young girl. “I saw a man beside the bushes and saw he had no trousers on. He didn’t say anything,” she recalled.

Her friend grabbed her arm and they ran towards her house.

The girl broke down in tears. She was unable to come back to the witness box because she was too upset and she was excused by the sheriff.

She went to a take-away in the High Street with a friend. It was “freezing” and they started walking back to her friend’s home.

On the way there they saw a man “touching himself with his trousers down”. He was only three to five feet away from them.

“He had his joggers down to his ankles and was touching himself,” she said. “I screamed and ran away.”

“I heard a rustle from the bushes then saw him right next to me,” she said.

He had a black bomber jacket on, Timberland boots and no trousers.

“What were you able to see?” asked depute fiscal Alex Piper.

The girls started running away and the man started following them.

“How did you feel?” asked Ms Piper.

“Scared. I didn’t know what to do,” said the girl. “He started running past us. We ran back in the other direction then he ran back into the bushes.”

In August 2015, Beveridge was put on a public protection order for sexually assaulting a female customer who came into his pet shop in Cowdenbeath High Street by placing his hand under her clothing and touching her buttocks.

When he began groping the woman she shouted, “I’m married.” Beveridge replied, “Well, I’m not.”

On that occasion he was placed on a community payback order with 225 hours of unpaid work and compensation of £400.

The court heard Beveridge’s business had since failed and he was now acting as a full-time carer for his partner’s father.