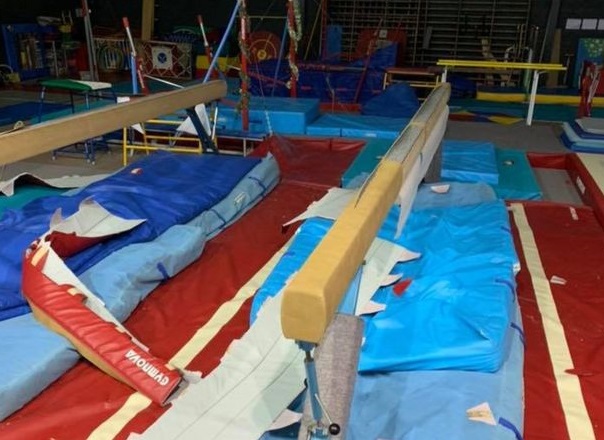 Police are investigating vandalism at a Fife gym over the festive period which resulted in damage estimated at over £40,000.

The Balwearie Gymnastics Centre at Mitchelston Industrial Estate, Kirkcaldy, was targeted some time between 21st and 27th December.

Police have described the scale of the vandalism as “breathtaking”.

Coaches  returned after the Christmas break to find their locks glued shut.

When they managed to get inside they discovered vandals had taken knives to mats, beams, vaulting tables, blocks and trampolines. Toilets and sinks were also smashed during the attack.

Detective Constable Michael Nodes, of Kirkcaldy CID, said, “The sheer scale of the vandalism undertaken during this incident is breathtaking and it has deprived the local community of a number of this expensive equipment.

“We are eager to trace those responsible and are appealing to the public for information.  I would ask anyone who was in the Mitchelston Industrial Estate between Friday, December 21, and Thursday, December 27, and saw anything suspicious, to get in touch with us as soon as possible.

“I would also ask anyone with CCTV that can assist our enquiries to please submit this to police for consideration.”