Jailed for deliberately running over man outside Fife pub 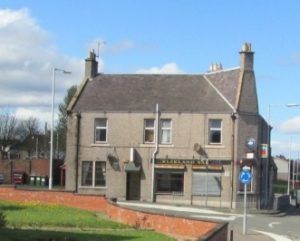 A driver, who accelerated his car at high speed hitting a man on the road outside a Fife pub, has been jailed.

Ian Walle (36)  took revenge after becoming involved in a dispute in the bar earlier that night.

The victim was sent flying over the bonnet, hitting the windscreen and falling on to the road.

He previously admitted that on 13th May last year at Methil Brae, Methil, he assaulted Mark Watson by driving a car at him whereby he was struck, went on to the bonnet and fell to the ground, all to his injury and to the danger of his life.

The incident occurred outside the Kirkland Bar where both men had been earlier. The court heard there was a dispute between Walle and Mr Watson’s son over a debt.

Depute fiscal Sarah Lumsden previously told the court that Mr Watson had been in the pub with friends on the night of the incident.

Another customer was outside having cigarette and saw Walle, who had been in the bar earlier, in a grey BMW parked across the road.

Walle then asked this man to go into the bar and pass on a message to Mr Watson for him to go outside.

“The accused then accelerated away with his tyres screeching,” said the depute.

He drove along the road then stopped and turned so that he was facing towards then bar.

He then “drove at high speed with no effort to slow down” towards Mr Watson who was standing on the road outside the bar by this time.

“Mr Watson was thrown on to the bonnet and rolled off on to the road. The car had a cracked windscreen and the accused drove off,” added Ms Lumsden.

The police were called and Mr Watson was on his feet outside the bar when the officers arrived.

Officers later saw the BMW on fire in another part of Methil. The fire service had been called to the scene.

The victim sustained a grazed shoulder and a bump to the head. He was treated by paramedics but did not have to attend hospital.

The court was previously told by defence solicitor Gordon Martin that his client’s position was that he had been assaulted in the pub toilet by Mr Watson.

His solicitor at sentencing Emma Farmer said Walle had run up drugs debts because of a cocaine habit.

Sheriff Charles MacNair told Walle, “The use of a motor car as a weapon is extremely serious. It is only by the greatest of good fortune that the injuries were relatively minor and you also have a record of violence.”

The sheriff jailed Walle for nine months. He also banned him from driving for 28-and-a-half months.