Stole charity box from shop then broke into OAPs’ home 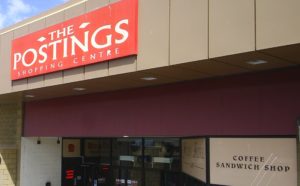 A serial offender has been jailed for three years for his latest crime spree.

Shaun Fisher, from Glenrothes, stole £50 in charity donations from a shop in Kirkcaldy and then broke into houses in Methil and Buckhaven.

The victims included an elderly couple who had a £2000 gold bracelet stolen from their home.

Fisher (30), currently a prisoner at Glenochil, appeared at Dunfermline Sheriff Court where he admitted a string of offences committed within a week.

On 19th May at Plain Fayre, The Postings, Kirkcaldy, he stole a charity tin and contents, a sum of money and a quantity of foostuffs.

On 21st May he broke into a house in Methil Brae, Methil, stealing DVDs, a quantity of perfume, watches, jewellery, electronic beauty equipment, handbags, a box and its contents and a knife.

On 21st May he broke into a house in Methilhaven Road, Buckhaven, and stole medication, jewellery, a card holder and its contents.

He also admitted breaching bail conditions not to enter Glenrothes by doing so on 25th May.

A bag with some of the stolen goods was found lying in a street but the gold bracelet and other valuables were not recovered.

The court was told drug addict Fisher remembers nothing about the offences.

Fisher is currently in jail, having been sentenced to 34 months in June. His earliest release date for that term is November next year.

Sheriff Charles MacNair jailed Fisher for 31 months and another 135 days for these latest convictions. These sentences will begin at the end of his current jail term.