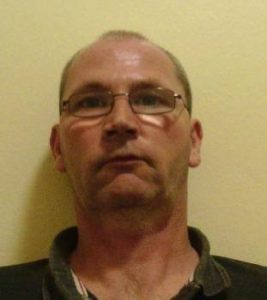 A Fife man has been jailed for seven years for the rape and sexual abuse of two young girls.

William Walls (47), of Cowdenbeath, repeatedly preyed on the girls over the course of a decade during the 1980s and ’90s.

One was assaulted in play areas, including a tree house, a field and an abandoned house and the other was lifted from her bed and raped on a table.

He began targeting one of the youngsters when he himself was only 12 years old and his catalogue of abuse continued into adulthood.

At the High Court in Glasgow today, judge Lord Beckett said only a custodial sentence was appropriate for the severity of the crimes committed by Walls.

He told him, “The charges of which you were convicted were serious and there was an element of breach of trust involved. You committed serious sexual abuse against two young children.”

Walls, of Primmer Place, was convicted of four charges following a four day trial at the High Court in Dunfermline at which his victims gave evidence.

One of the victims told the trial she was repeatedly assaulted as a child in play areas including a tree house, a field and an abandoned house, all in Cowdenbeath.

The second victim was lifted from her bed, placed on a table and raped.

A jury found Walls guilty of the four charges he faced at the High Court in Dunfermline after a four-day trial earlier this month.

On various occasions between July 1981 and April 1989, in different locations in Cowdenbeath, he used lewd, indecent and libidinous practices towards a girl.

On various occasions between April 1984 and April 1989 at locations in Cowdenbeath, he raped the same girl.

On various occasions between February 1987 and February 1991 at two addresses in Cowdenbeath, he used lewd, indecent and libidinous practices towards a second girl.

On an occasion between February 1989 and February 1991, at an address in Cowdenbeath he carried the same girl from her bed, placed her on a table and raped her.

The victim in the first two charges said the offences occurred when she would be out playing with friends.

“It happened for years. It happened regularly between the first time and the last time,” she told the court.

The woman said she was “too scared” to tell anybody about the abuse at the time. She told her husband many years later when she “kept getting flashbacks and memories”. However, she did not name Walls to him.

She gave a statement to police about the abuse last year.

The woman said she thought she was about six or seven when she was abused by Walls in a caravan.

Defence solicitor advocate Gordon Martin said Walls had indicated he himself had suffered problems in childhood which will have led to him not knowing appropriate social and sexual boundaries.

He added that since the crimes were committed his client had gone on to become a respected individual and had contributed to society, with the support of his family.

Lord Beckett said Walls had numerous references from friends and family members who trusted and held him in high regard.

However, he told him, “None of these people heard the evidence of the complainers. The jury did and they accepted that evidence and rejected the evidence on which you relied.”