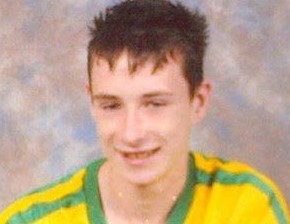 A drug addict, who stole almost £4000 from his dying grandmother when she was in hospital, has been jailed.

Kris Hunter took his gran’s cash cards and spent a month withdrawing money from post offices and ATMs. His 82-year-old grandfather also had cash stolen from a joint account with his wife.

The stealing spree only came to light after the gran’s death when the suspicious withdrawals were discovered and CCTV video identified Hunter as the thief.

His excuse was he was a drug addict and had to pay off debts to dealers.

He previously admitted that on 5th September last year at an address in Rintoul Avenue, Blairhall, he stole a wallet and contents including post office bank cards belonging to Jane Beattie, now deceased, and his grandfather, Thomas Beattie, aged 82.

He also admitted that between 5th September and 7th October at post office Queen Anne Street, Methilhaven Road, Methil, Crossroads post office, Methil and High Street, Inverkeithing, he used the stolen bank card in the name of his grandmother to steal £2070 from ATMs.

Hunter also admitted that on 5th March this year at Houldsworth Street, Blairhall, he was in possession of cannabis.

Depute fiscal Dev Kapadia, said, “The accused went to his grandmother’s when she was in hospital and took a wallet containing bank cards belonging to her and also for a joint account for his gran and grandfather.”

The depute went on, “His grandmother was in hospital and these matters came to light after her death when transactions were seen which appeared to be suspicious.

“It was known that neither the grandmother nor grandfather could have withdrawn the money.

“CCTV footage from the ATMs was examined and the accused was identified.”

Defence solicitor Lynsay Magro said, “In Mr Hunter’s own words the offences are ‘disgusting’. His grandmother had been a positive influence in his life. He feels disgusted with himself and he’s ashamed.

“He has had an addiction to cannabis. He owed dealers money and he had no way to repay them. He took the decision to breach the trust and as a result has lost the support of his family.”

Sheriff Charles MacNair told Hunter, “The offences against your grandmother are despicable. Your grandmother was in hospital, fatally ill, and you stole very significant sums of money from her and your grandfather.

“It’s hard to see a worse offence for you to commit.”

He jailed Hunter for eight months.