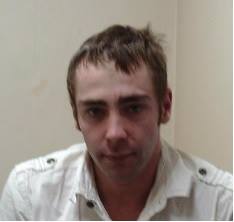 A 27-year-old man who raped a woman in Lochgelly last year has been sent to prison for five and a half years.

Gordon Cowan targeted the woman on 22nd April last year when they both attended a house party.

He had denied rape and claimed any sexual activity had been consensual.

However, a jury at the High Court in Livingstone took less than 90 minutes to find him guilty and he has now been sentenced for the crime.

Jurors heard evidence that Cowan struggled with his victim in a bathroom, causing her to fall to the floor and strike her head.

The trial heard that Cowan, from Lochgelly, had gone missing for six months after the incident.

Detective Inspector Stuart Morris, of Fife’s Divisional Rape Investigation Unit, said, “I would like to thank the victim who showed great courage in reporting this particularly distressing crime.

“Although we welcome this conviction and hope it provides some degree of closure for the victim, we are also aware it will never take away the suffering Cowan inflicted on her.

“In all cases of serious sexual crime Police Scotland will conduct a detailed and thorough investigation, working closely with the Crown Office and Procurator Fiscal Service and other partner agencies to ensure that perpetrators such as Cowan are brought to justice and victims are supported.