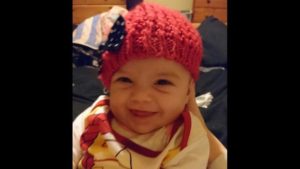 Five-month-old Hayley, daughter of McKay’s girlfriend, died in hospital from a serious brain injury after being found at a house in Buckhaven on 14 February 2016.

Former soldier McKay (38) had originally been charged with her murder.

However, during his trial he pleaded guilty to a lesser charge of culpable homicide.

Hayley had previously been in hospital after sustaining a broken arm, caused by McKay, but medics and social care staff did not regard this as suspicious. 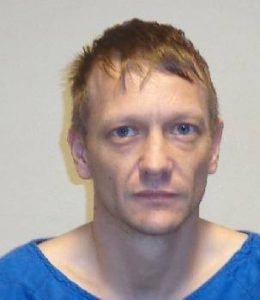 McKay (above) initially lied about how the little girl received her fatal injuries. He told his 27-year-old partner, Catherine Davidson, that Hayley was injured after wriggling off a beanbag when he left her alone to run a bath.

However, he later admitted to police he had shaken her “three or four times”, resulting in her head “whipping backwards and forwards”.

Scans also showed she had “a number of healing fractures over various parts of her body and of different ages” when she was admitted to hospital.

Today at the High Court in Edinburgh, judge Lord Uist told McKay he had no other option but to send him to prison.

He also noted McKay was not entirely truthful to a social worker writing a report ahead of sentencing.

He added, “I emphasise that your plea of guilty included an admission of assault by repeated shaking in order to dispel any suggestion that what happened was nothing more than an accident.

“There should be no doubt on the part in the minds of anybody that Hayley’s short life was brought to an end by a criminal act on your part.

“Your assault on her caused her to suffer a subdural haematoma and a fresh subarachnoid bleed – or, in other words, a bleed around her brain consistent with significant head injury caused by shaking.

“Hayley’s death has caused profound grief to the members of her family. The taking of a baby’s life by an assault involving repeated shaking even where it does not amount to the crime of murder is an extremely grave crime which must attract a lengthy sentence of imprisonment.”

On the morning of the incident, Ms Davidson – who had been at home nearby getting her two older daughters ready for a day out – received a text from McKay saying: “Come quick!”

She ran to his house and found him trying to resuscitate Hayley.

Paramedics who arrived within seven minutes found the baby “pale, floppy and unresponsive”.