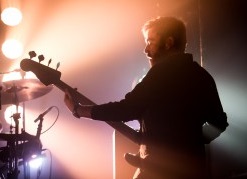 Following the tragic death of Scott Hutchison we look back to a memorable gig by Frightened Rabbit at the Alhambra, Dunfermline on 13th April, 2016. This was the review we carried at the time. It was the band’s long-awaited return after an 18 month break from touring and it proved a night to remember.

Frightened Rabbit were in superb form at a sold-out Alhambra on Wednesday night.

It was the indie rockers only Scottish date on a mini UK tour before heading off on their latest U.S.A. adventure.

They are promoting a sparkling new album, ‘Painting of a Panic Attack’, released earlier this month produced by The National’s Aaron Dessner at his studio in Brooklyn.

Formed in Selkirk in 2003 by frontman Scott Hutchison, they quickly built up a following with their thought-provoking lyrics and storming live performances.

The underground favourites have gained more mainstream recognition in recent years with a top ten album and being signed by Atlantic.

The Dunfermline venue has been graced by the cream of Scottish bands in recent years, including Biffy Clyro and Twin Atlantic.

It was quite a coup to land this one-off Scottish date with the Frabbits and it proved to be another memorable occasion to go alongside the visits of those illustrious compatriots.

It was clear from the start their growing appeal has not distanced the band from their roots or their following.

Tracks from the new album featured prominently on Wednesday night – ‘Get Out’, “I Wish I Was Sober’, ‘Woke Up Hurting’ and ‘Lump Street’ were well received by their devotees. 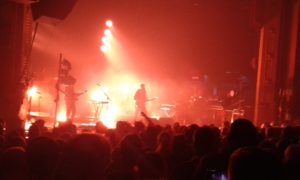 The set was raw, raucous, rousing and the band’s energy was matched in the packed auditorium which echoed with appreciation for tracks such as ‘Holy’, ‘The Modern Leper’ and ‘Living in Colour’.

The fervent fans were in full-throated accompaniment all night, giving enthusiastic backing to numbers such as ‘Old Old Fashioned’ and ‘Keep Yourself Warm’.

Other favourites included ‘Heads Roll Off’, ‘Break’, ‘Fast Blood’, ‘The Oil Slick’ and ‘Nothing Like You’. 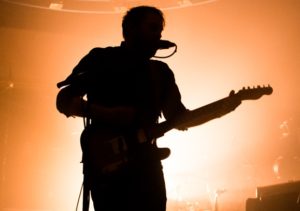 For their encore there was ‘Die Like a Rich Boy’, ‘The Woodpile’ and ‘The Loneliness and The Scream’ leading to further thunderous applause

The band joined the fans for an after-gig drink. They are now heading off for the States where they will do Scotland proud.