Pupils evacuated as fire breaks out at Fife school 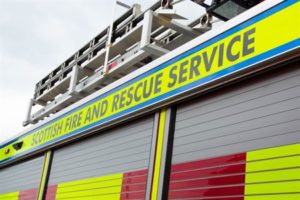 More than 200 pupils have been evacuated from a Fife primary school after a major fire broke out this afternoon.

Pupils and staff at Cairneyhill Primary School are all described as being “safe and well” and have been moved to a nearby church hall.

Over 30 firefighters have been tackling the blaze. which broke out just after 1pm.

Local residents have been asked to keep their windows closed and stay away from Northbank Road while emergency service workers deal with the fire.

A spokesman for the Scottish Fire and Rescue Service said, “More than 30 firefighters are currently in attendance at a large fire which has taken hold within a school building on Northbank Road.

“Operations Control mobilised a total of seven appliances to the scene after the alarm was raised at 13.03 on Friday, 8 December.

A Fife Council statement said, “All pupils and staff are safe and well. The school has been evacuated to the church hall. Parents are being asked to collect their children from the church hall please.”