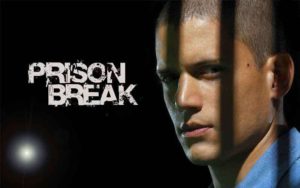 A Dunfermline man, caught stealing a ‘Prison Break’ DVD box-set from a supermarket, found himself behind bars.

Mooney (24), of James Bank Hostel, committed the offence yesterday and spent a night in the cells.

He admitted that at Tesco, Winterthur Lane, Dunfermline, he stole a quantity of DVDs.

He also admitted that he was in possession of heroin.

Sentence was deferred for reports until 23rd August and Mooney was granted bail.