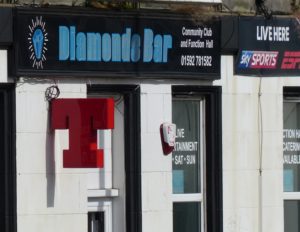 A female firefighter has been fined after an incident in a Lochgelly pub in which she assaulted two bar staff.

Stacey Hodge, a crew manager based in Fife, has previously been involved in a campaign to encourage more women to join the fire service.

She is also well-known for charity work and drove a fire engine during a 2000-mile journey to Serbia where it was donated to the local fire service.

However, following the pub bust-up, in which one of the barmaids sustained a cut ear, the firefighter has been hit with a financial penalty of £1575.

Hodge (37), of Lochgelly, appeared in the dock at Dunfermline Sheriff Court.

She assaulted Evelyn Skene, by seizing her by the throat.

She also assaulted Lauren Thomson by kicking her on the body, seized her head, all to her injury.

She further admitted that she behaved in a threatening or abusive manner by shouting, swearing, made threats of violence and pushed over a table.

The court heard the incident had been captured on CCTV.

First offender Hodge could be demoted as a result of the incident, the court was told.

Sheriff Craig McSherry agreed not to call for reports but he fined Hodge £1125 and ordered her to pay a total of £450 compensation to the victims.