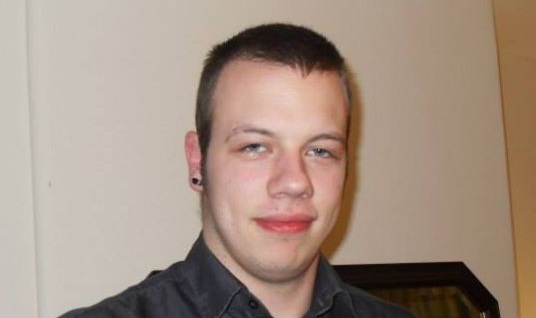 A sick thug, who put a 13-month-old baby girl in a tumble dryer and switching on the machine, is finally behind bars.

Thomas Dunn (25) claimed he had only “assisted” the tot, saying the child had been climbing into the machine herself.

Dunn was today found guilty by a jury of culpable and reckless conduct by placing the child in the dryer and closing the door, causing the machine to activate.

The incident happened sometime between the end of 2017 and the start of last year in Arbroath.

Dunn, from Brechin, was also convicted of a separate charge of assaulting the child to her severe injury by striking her on the head and body.

Dr Sanjay Pillai, consultant radiologist at Ninewells Hospital, told the trial at Dundee Sheriff Court that a CT scan showed there were multiple fractures to the skull of the child.

Prosecutor Nicola Gillespie asked Dunn: “Why on earth did you do that, assist, tuck, whatever you want to call it, that child into a tumble dryer?”

He replied: “I don’t know, it was a bad judgement call.”

Asked about Mr Dunn’s demeanour, the child’s mum replied: “There was just no emotion. I felt like he felt like it was a joke.”

Sheriff Alastair Brown said the maximum available punishment of five years was not enough and remitted Dunn to the High Court for sentencing.

He said: “You must have hit that little girl extremely hard at least twice in order to inflict potentially catastrophic damage to her.

“It’s only by good fortune that you were not in the High Court on a charge of murder.

“The assault charge is so monstrous and carried out with such utter indifference to this little girl’s life that my powers are not adequate to deal with you.”

On the tumble dryer incident, the sheriff said: “I interpret the verdict at best that you assisted her into the tumble dryer and closed the door whereas what you ought to have been doing as a responsible adult was stopping her from getting in in the first place.

“That in itself would have deserved a lengthy prison sentence.”

Dunn was remanded in custody ahead of sentencing at the High Court at a later date.