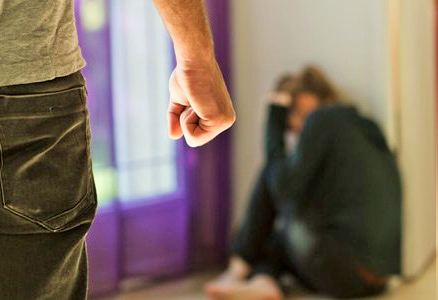 A vicious bully, who subjected two partners to repeated violence at their homes in Fife, has been jailed for four years.

In the dock for sentencing at Dunfermline Sheriff Court was Iain Sullivan (40), currently a prisoner at Perth.

He had previously admitted a catalogue of domestic offences against two partners in Glenrothes.

One victim was choked by Sullivan who then put a knife to her throat.

As well as using this woman as a punch-bag for two years, Sullivan would frequently fly into a rage and smash up her property.

Sullivan admitted that on various occasions between 1st February 2017 and 31st January 2019, at Carseggie Crescent, Barnton Place and Laxford Road, all Glenrothes, he assaulted his then partner, repeatedly struck and punched her on the head and body, repeatedly seized her throat and compressed it, restricting her breathing and held her by the throat against a sofa and door, presented a knife at her throat, all to her injury and impairment.

On various occasions between 1st February 2017 and 1st January 2019 at the same addresses, he shouted, swore and repeatedly made abusive remarks towards his partner, repeatedly threw household objects, repeatedly pulled televisions and mirrors from the wall, damaged a stereo system, punched fixtures and fitting and threw a dog into a cage.

On an occasion between 1st February 2017 and 13th May 2018 at Carseggie Crescent, he assaulted a male by seizing his neck and pushing him against a wall.

On 2nd August at Wellesley Road, Methil, he repeatedly shouted and swore a second victim, his then partner, broke household items and attempted to prevent her from speaking to police.

Defence solicitor Alexander Flett said his client had left the army in 2015 as a result of “mental health difficulties”.

A jail sentence would have a “considerable impact” on his client’s family, he added.

“He appears to have had a considerable impact on his partners and the children when at liberty,” the sheriff pointed out.

Sheriff Brown told Sullivan that society and the courts “disapprove very strongly of bullies who assault and abuse their partners.”

The sheriff described the narration of the offences as “disturbing” and showed Sullivan was trying to control the behaviour of his partners and children.

Sheriff Alastair Brown jailed Sullivan for four years backdated to 2nd August when he was taken into custody.