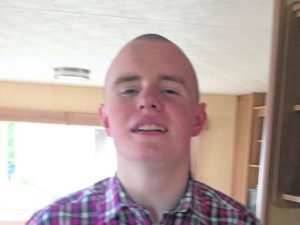 The body discovered on a beach at Arbroath is feared to be that of 18-year-old Ralphie Smith.

Ralphie, who was a former pupil at Woodmill High School, Dunfermline, has been missing since he was reported to have fallen from Arbroath cliffs on 25th February.

The body was found on the beach at Victoria Park by a member of the public at about 8.40am.

Officers said they have not yet formally identified the man but the family of Ralphie have been informed of the discovery.

A coastguard helicopter, lifeboats and coastguard rescue teams all took part in a search for the teenager.

Ralphie’s family have posted a message on social media thanking all those who helped in searches following the accident.

The message read, “I just recently had the police at my door to confirm that they have found the body of a young man who they believe to be my son.

“They won’t be able to confirm this until they do a DNA test. We will be suspending all searches until this is confirmed but we are pretty certain that it’s wee Ralphie.

“I will just like to thank everyone who has been out searching continuously for our son.

“We have had 80-year-old men, people with disabilities, planes in the sky, boats in the water along with my friends and locals of all the wee towns up and down each coast line out in a daily basis. Hopefully this is the final chapter and we can lay him to rest and as a family grieve.

“Thanks again for, THE TEARS,THE EFFORT,AND THE HOPE.”