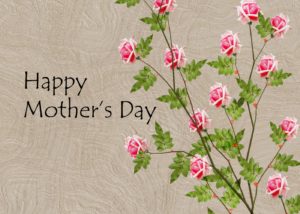 A couple’s row over a Mother’s Day card ended with the woman being assaulted and her partner being arrested.

They were involved in an altercation on Wednesday at The Card Factory shop in the Kingsgate Centre, Dunfermline.

He admitted that he assaulted his partner Ashley Dolan by striking her on the head, seizing her by the neck and pushing her to the ground, all to her injury.

Depute fiscal Dev Kapadia said, “At around 1.30pm the accused and complainer were within the card shop when witnesses there heard her say, ‘To lovely bitch-face mum’.

“The two of them then walked to the back of the shop which is seen on CCTV.

“The accused is then seen striking her on the head, grabbing hold of her neck and pushing her to the ground.

“Security were alerted and police were called. The complainer refused to give a statement. She had a fresh scratch mark below her eye.”

Defence solicitor Elaine Buist said, “In the card shop the complainer made the remark. It seems she is not a fan of Mother’s Day for personal reasons.

“Other people were there and heard what she said. He was trying to calm her down. He threw a card and it struck her on the face.

“When they left the card shop it is seen on CCTV that the complainer is animated, waving her arms at Mr Bowman. His way of saying it is that he that calmed her down but he’s obviously gone too far by seizing her by the neck.”

Sheriff Richard McFarlane observed that the complainer had also been animated in court and she had to be told to stop shouting out.

The sheriff deferred sentence on Bowman until 21st June for good behaviour.