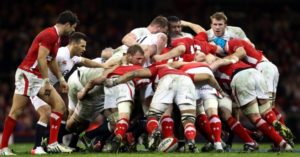 A Dunfermline woman was involved in an on-line scam which ripped off people who thought they were buying tickets for rugby international matches.

The people who paid money in response to adverts on Gumtree never received the tickets.

The money went into the bank account of Cara Martin (27), of Leishman Drive, leading to her appearing in the dock at Dunfermline Sheriff Court.

She admitted that between 2nd February and 2nd March 2015, she acquired and possessed the proceeds of fraud by allowing money to be deposited in his bank account and received a portion of these proceeds as a fee.

Depute fiscal Azrah Yousaf said, “The National Fraud Intelligence Bureau was alerted by several reports from people in England and Wales about the sale of tickets on Gumtree.

“Rugby tickets and computer goods were advertised and monies were paid in.”

People paying for items, including tickets for an England-Wales rugby international, did not receive them.

Inquiries established that the money was paid into Martin’s Royal Bank of Scotland account and was then quickly withdrawn.

She claimed she was asked by a friend to put money into her account and she got £200 in return.

“She said it was only when she was contacted by the bank that she realised what was going on and she said it was a friend who put the ads on Gumtree. She wouldn’t name the friend,” said Ms Yousaf.

The depute added that it was found that £1125 went into her account from fraud.

Defence solicitor James Moncrieff said, “She was struggling financially at the time.”

Sheriff Derek Reekie said, “I’m quite uncomfortable with the whole thing. It seems quite elaborate.”

He called for a social work report and Martin will be sentenced on 10th January.