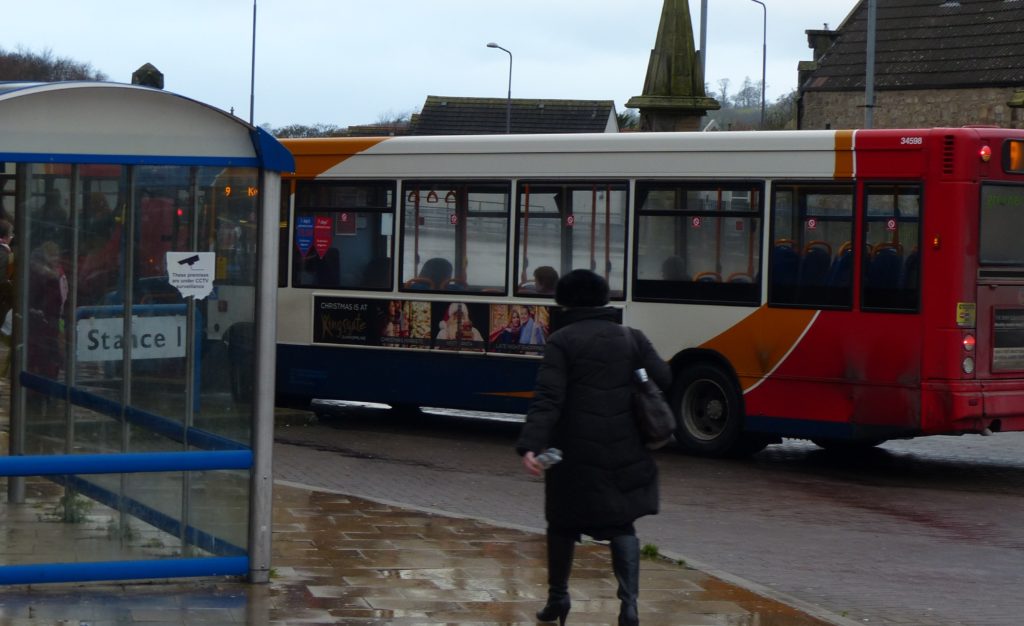 A 70-year-old man, who asked a youth for oral sex at Dunfermline bus station, has been sentenced in court.

The 17-year-old youth was targeted as he waited to meet a friend.

He was sitting on a bench listening to music when William Carter approached and began to pester him.

When the boy tried to ignore Carter he asked him for oral sex.

The incident happened at Dunfermline bus station at lunch-time and led to the arrest of Carter, of Paul Street, Lochgelly.

Carter previously appeared at Dunfermline Sheriff Court and admitted that on 11th August at the bus station in Queen Anne Street, he directed a sexual verbal communication towards a youth without his consent and made indecent and sexual comments to him.

When he returned for sentencing, Sheriff James MacDonald put Carter on a community payback order with six months’ supervision. Carter is also on the sex offenders’ register.

Depute fiscal Dev Kapadia told the court, “The complainer is 17 and did not know the accused. This was an incident of a random contact between them.

“The complainer had arranged to meet a friend at the bus station. He sat down waiting for the friend and was listening to music when he was approached by the accused.

“The accused then stood near him looking at his phone. He asked what sites was he looking at.

“The complainer said he was looking at social media. The accused then said, ‘Do you like boys or girls?’

“When a photo of a male came up on the phone screen, the accused said, ‘Do you think he’s good looking?’

“By this point the complainer was simply trying to ignore him.

“The accused then said, ‘Do you want to give me a gobble?’

“The complainer said ‘no’ and the accused walked away. A woman who had observed what was happening went to speak to the complainer as he appeared to be crying.

“She asked if he was okay and he said the accused had propositioned him for sex. He was shaken and upset.”

“The accused was seen getting on to a bus. The complainer went to Dunfermlne police station and was able to show officers a photo he had taken on his phone of the accused.”

When Carter was traced by police he initially denied anything had happened other than he “had a squint at the boy’s phone”.

However, he later admitted his guilt saying, “I asked him for a gobble. It was stupid. I’m remorseful. I don’t know why I did it.”