Fife driver who crashed when using mobile phone is banned 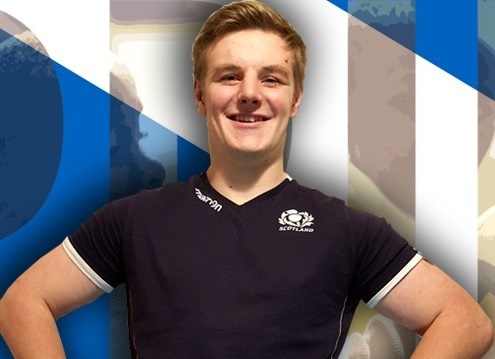 A driver caused a spectacular crash when using his mobile phone but then denied his guilt.

Rugby player Arran Hain hurtled through a central reservation barrier and almost collided head-on with vehicles coming in the opposite direction.

He denied being on his phone and claimed he had just “zoned up” because he had a lot on his mind.

Hain’s Mazda ended up a wreck and a car in the opposite carriageway was a write-off after being struck by the flying debris.

A pregnant woman and her two children in that vehicle required hospital treatment. The youngsters were said to be “traumatised” following the incident.

The woman and her partner both told a trial they had seen Hain using a mobile phone at the time of the crash. He repeatedly denied this in court.

Hain plays for Dunfermline Rugby Club’s first team and works as an administrator for Scottish Rugby.

Hain (20), formerly of Garvock Terrace, Dunfermline, and now living in Edinburgh, was found guilty of dangerous driving after a trial at Dunfermline Sheriff Court.

He had denied that on 28th May last year at Halbeath Road, Dunfermline he drove a car dangerously, failed to maintain proper control of it, lost control, mounted the central kerb, collided with railings which struck a car, all whilst he was using a mobile phone.

Hain lost control of his car on the Halbeath Road, crashed into the central reservation, demolishing a large part of a barrier, which then struck a car coming in the opposite direction.

This car was carrying a couple and their two children. The mum, who was pregnant, went to hospital for treatment as well as the kids.

The couple both told the trial they had seen Hain with his phone in his hand as he collided with the barrier. Their car was a write-off after metal railings struck their roof, door and underside.

PC Paul McPherson told the court that when he arrived at the scene “there was a Mazda 6 almost impaled on the railings”.

When he asked Hain what had happened, he replied, “I was just coming along the road and I just zoned out.”

In his evidence, Hain again denied he had been using his mobile phone. He claimed he had lost concentration because of family problems and being unhappy at his work at that time.

Hain told the court, “It was a momentary lapse of concentration. My mind had wandered. I lost concentration for a second. There’s a slight curve in the road and I didn’t follow that and ended up in the central reservation.”

He banned him from driving for a year and until he passes the extended test. Hain was also fined £750.