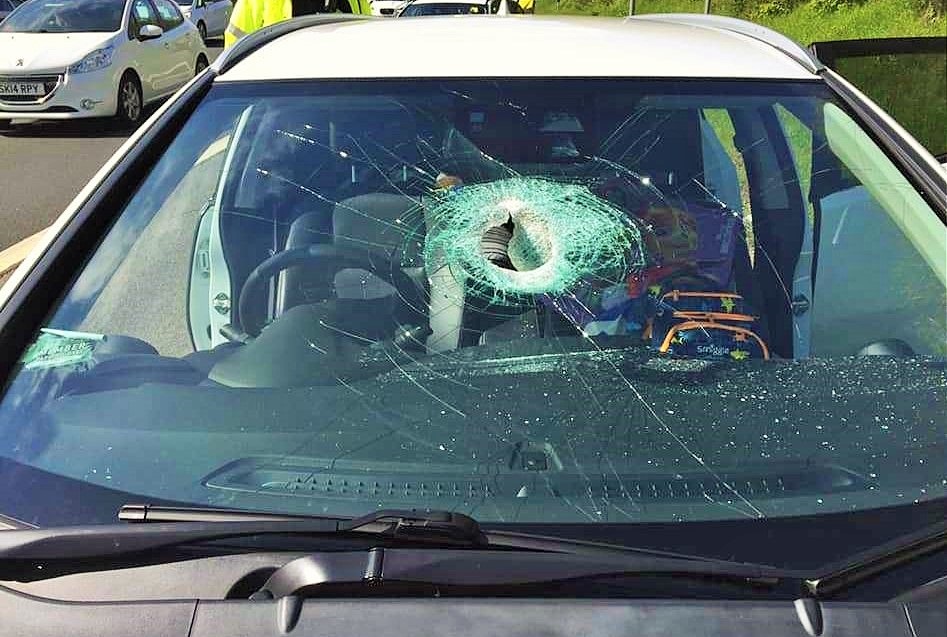 A Fife mum and her six-year-old son narrowly escaped serious injury or death when a bottle was thrown from a bridge smashing through their car window.

Their car was targeted by a sick thug as Fiona Gray, from Dalgety Bay, was driving on the Edinburgh bypass with her son Jacob.

Fiona (45) heard a loud bang, felt a cold breeze on her face and then a sudden pain in her left side, where the bottle hit her.

A Magnum bottle of Champagne had been thrown off a bridge as she drove below in a shocking incident.

Fiona, who was struck in  the ribs, said Jacob was crying and there was a bottle at her feet.

“I realised it had been thrown off a bridge and smashed through my windscreen. There was glass everywhere.

Had it been inches to the left it would’ve hit me in the face and would’ve been game over for me.”

Police confirmed they attended the incident at 3.55pm on Friday near the Hermiston Gait junction and inquiries are continuing.