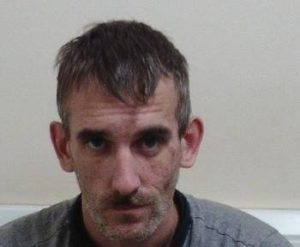 A Fife drug dealer was caught with high-purity cocaine worth up to £440,000 on the streets.

Calum Morrison (39), from Cowdenbeath, was jailed for five years at the High Court in Edinburgh today.

Police raided Morrison’s home in Union Street last November after getting a tip-off about drugs being stored in the flat.

A total of 1.1kg of cocaine was found along with 1.3kg of an adulterant commonly used to bulk out the drug.

Morrison admitted being concerned in the supply of the Class A drug between 3rd and 10th November last year during an earlier court appearance last month.

Defence solicitor Gordon Martin said Morrison was in debt at the time after he had taken a loan from “a non-legitimate source”.

“He accepts that he allowed himself to be persuaded to become involved in this particular enterprise,” said Mr Martin.

“He regrets his involvement and has accepted his guilt at an early stage.”

Judge Robert Weir QC told Morrison, “The quantity of drugs involved in this case is, on any view, significant. You were actively involved in the purchase and adulteration of cocaine for onward supply.”