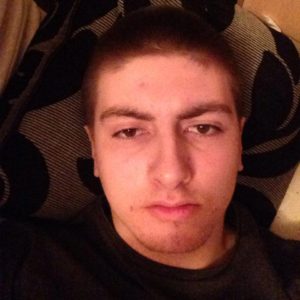 A sick pervert, who downloaded some of the most horrific images seen by Scottish investigators, has been jailed for 45 months.

The vile photographs, including adults having sex with babies, were found on devices owned by Aidan Strawn. He also groomed a 14-year-old schoolgirl and tried to meet her for sex.

His electronic devices had been used to download over 2500 indecent images and videos showing “graphic systematic abuse of young children”.

Sheriff Craig McSherry told Strawn, “These were some of the worst images ever seen by the Crown officers in the unit which deals with these cases.

“I take the view you are an extremely dangerous person.”

He added, “I believe you present a serious danger to the public and in particular to young people.” To protect the public, the sheriff imposed an extended sentence of two years to follow his release from prison.

Strawn has also been placed on the sex offenders’ register for an indefinite period.

It was dogged police work, following a tip-off, that brought Strawn to justice.

It emerged in court that police had been denied a warrant to search Strawn’s home but went there nonetheless to speak to him and were allowed inside.

Strawn, of Factory Road, appeared for sentencing at Dunfermline Sheriff Court where he previously admitted a string of offences.

On various occasions between 1st and 30th November 2014, he sent written sexual communications to girl who was then aged 14.

He sent her a sexual image, requested naked images of her, attempted to make arrangements to meet her for sexual activity and sent her sexually explicit messages.

Strawn also admitted that between 26th October 2014 and 24th August 2015, he downloaded indecent images of children.

He further admitted that between 6th April and 24th August 2015, he distributed or showed indecent images of children.

Depute fiscal Ron Hay previously told the court that in August 2015 police received intelligence about the uploading of an indecent image of a child.

Their inquiries led them to Strawn who agreed to police examining his laptop computer and mobile phone.

Police found chat logs containing indecent images of children and he was detained.

A forensic examination of his devices later found over 2400 indecent images of children and also 124 videos of the same.

The images included sex acts being performed on babies by adults.

The examination also showed that 178 indecent images had been distributed to others via chat logs.

The investigations also revealed his communications with the 14-year-old girl in which he asked to see her naked and said he wanted to meet her in Edinburgh.

Defence advocate Michael Anderson said, “He’s been very frank about the issues he has to address. He doesn’t dispute that he has a predilection which he has to manage or overcome.

“When police attended at his home he co-operated fully. A warrant had been sought and refused.

“He’s an individual who has had his difficulties throughout his childhood and into his adult life. He’s on medication for depression and anxiety.

“He’s had a number of jobs and was working in a car wash until recently.”