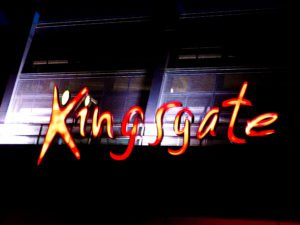 A serial shoplifter, who struck twice at the same Dunfermline store, has been sentenced.

The Kirkcaldy thief admitted she took a foil-line bag to Debenhams and helped herself to cosmetics worth over £500.

Alison McKenzie-Ross, a drug addict and self-confessed kleptomanic, then returned to the same shop and stole again.

The initial thieving trip to Dunfermline proved unsuccessful when she was caught with the goods in the store.

That incident resulted in an appearance at Dunfermline Sheriff Court for McKenzie-Ross (51), of St Mary’s Place.

She admitted that on 30th September she stole a quantity of cosmetics, which were worth £556.

When cautioned and charged, McKenzie-Ross said, “I’m a kleptomaniac. I was advised a couple of years ago to take a foil bag with me.”

Sentencing had been deferred to find out if she was fit enough to carry out unpaid work.

When she returned, the court was told McKenzie-Ross had been caught stealing again.

She admitted that on 24th May she stole a quantity of perfume from Debenhams.

Defence solicitor Sarah Meehan previously said, “The catalyst is her drug addiction. She has struggled with it for a number of years and relapsed back into heroin misuse at this time.”

Sentence had then been deferred to see if she was suitable for a drug treatment and testing order but the court heard she was not.

Ms Meehan said, “She accepts these are serious offences and that she has a lengthy schedule. She’s anxious at the prospect of a custodial sentence.”