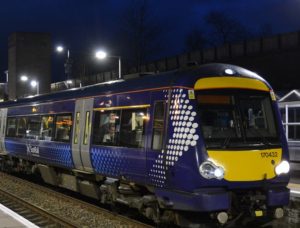 A Dunfermline man has been placed on the sex offenders’ register following incidents on a train journey between Edinburgh and Fife.

He also admitted that on the same journey he acted in a manner likely to cause fear and alarm by placing his hand on the thigh of another female.

Defence solicitor Roshni Joshi said, “He has a very limited memory of events after he went out socialising. He went out in Edinburgh and had consumed excess alcohol which is very unusual for him.

“He accepts his behaviour was completely inappropriate.”

Sheriff Craig McSherry imposed a community payback order with three years’ supervision. He also ordered £250 compensation to be paid by Smith to all three women.