Threatened to slash ex-partner and jump all over her skull 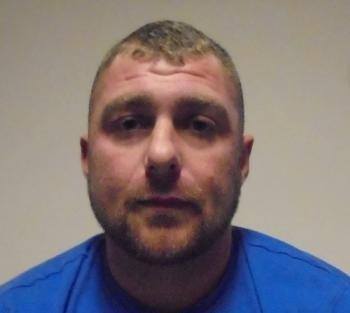 A woman was choked and knocked unconscious during violent attacks by her former partner in Fife.

Craig Mackay (31), from Methil, who subjected the woman to a terrifying campaign of abuse and violence, has been jailed for three years.

He bombarded her with threats including to slash her face and murder her, Dunfermline Sheriff Court was told.

Sheriff Craig McSherry described it as one of worst cases of domestic harassment that he had seen.

The victim had brought the matter to public attention by recording Mackay’s rants and threats then posting them on social media.

Depute fiscal Cheryl Clark said that Mackay had knocked out his partner with a hard slap during a row after she had been out with a female friend.

Later when there was another row, his partner punched him and Mackay responded by grabbing her by the throat and choking her.

Then over a period of several months he bombarded the woman with threatening messages and up to 50 phone calls a day.

He also threatened, “I’ll jump all over your skull”, “I’ll come to your f****** salon and dance all over your head” and “See that pretty little face of yours, I’ll get it slashed to bits.”

On various occasions on 20th August 2016 and 8th April last year at Springbank Road, Kennoway, Mackay assaulted his former partner by striking her on the head with his hands whereby she lost consciousness, seized her throat and compressed it, restricting her breathing, all to her injury.

On various occasions between 29th January and 16th June last year also at Springbank Road, he engaged in a course of conduct which caused his partner fear or alarm by repeatedly contacting her and attempting to contact her by telephone, text message and internet messaging application.

He repeatedly left abusive voicemail messages, posted comments of a derogatory nature about her on social media, repeatedly shouted and swore at her and repeatedly threatened her with violence.

He also admitted breaching a bail condition not to contact his partner by telephoning her on 28th September.

Sheriff Craig McSherry said, “It appears to me that this is one of the most serious cases I’ve seen of continuing harassment including threats to smash her head.” He jailed Mackay for three years.