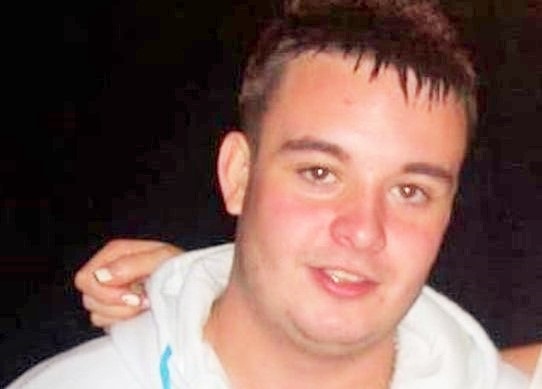 A callous drink-drive killer, who left a young man to die from his horrific injuries at the side of the road, has been caught again behind the wheel when almost four times over the limit.

Andrew Russell, previously jailed for almost five years for ploughing into pedestrian Stephen McCann (pictured above) in a hit-and-run incident in Fife, is back behind bars.

Seven years ago, boozed-up Russell crashed into 20-year-old Mr McCann on the Glenrothes to Leslie road, then fled the scene.

He was jailed for four years and eleven months at the High Court for that offence.

Now after being released from prison, Russell, who has never held a driving licence, has been caught behind the wheel when almost four times over the limit.

He admitted that on 7th August at Station Road, Cardenden, he drove a car having consumed excess alcohol. His reading was 79 microgrammes of alcohol in 100 millilitres of breath, the legal limit being 22 microgrammes.

He also admitted driving while disqualified and without insurance.

Depute fiscal Azrah Yousaf told the court that at 11pm police in patrol car were concerned about the state of a vehicle they saw.

When they stopped the car, they became concerned about the state of the driver. Russell was slurring his words, talking incoherently and when put in a police vehicle he admitted he had been drinking.

At the police station he was cautioned and charged after failing a breath test and responded, “No comment. I’m a pain in the a***.”

The court was told Russell had been drinking on top of medication.

Sheriff Charles MacNair said, “You were driving while disqualified and you are somebody who has never held a driving licence. You also have two previous convictions for drink driving.”

Russell was jailed for 11 months and banned from driving for five years.

Mr McCann (pictured above), from Leslie, was killed in the early hours of the morning on 21st January 2012.

He had been on a night out and was walking along the road to meet some friends when he was hit by Russell’s speeding car, thrown onto the bonnet and over the roof.

Russell and his passenger then left the area without checking on Mr McCann.

The victim’s friends arrived at the scene of the collision near to the Greenside Hotel and found him.

After the incident Russell told an acquaintance he had been out “burning up the back roads” and after the collision they had decided to “leg it”.