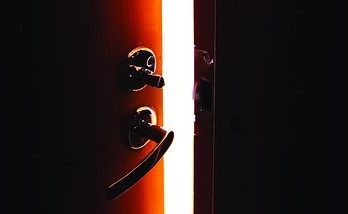 A Fife woman repeatedly sneaked into homes in the area during the night and stole goods worth thousands of pounds.

Serial thief Lorna Landels, from Leven, entered unlocked houses as the owners slept and helped herself to their valuables. Four properties were targeted by her in just seven days.

At one house, she removed goods worth £8000 including computers, jewellery and vacuum cleaners.

Drug addict Landels later claimed she could remember nothing about the crime spree.

Now Landels has avoided a jail term and is back in the community.

Landels (30) appeared for sentencing at Dunfermline Sheriff Court having previously submitted guilty pleas to a spate of offending.

On 14th November at Scoonie Road, she stole a mobile phone, a watch, a quantity of jewellery, a sum of money and cigarettes.

On the same date at Glenburn, she stole a sum of money, a ring and a bracelet.

On 14th or 15th November at Walnut Grove, she stole a bag containing gifts, tobacco and a mobile telephone.

Depute fiscal Alex Kirk said the residents at the Glencairn Crescent property heard someone coming into their house at 4am and thought it was their son returning home after a night out.

However, they became suspicious when he did not answer them. When the house was checked later it was found that items were strewn around and the back-door was open.

A local resident saw Landels in the area carrying three bags. When police went to her home she produced many of the stolen goods from behind the sofa.

At the Scoonie Road house, £1230 worth of items were stolen.

In the Glenburn incident, the occupier heard a noise at around 11.30pm and then saw a female leaving his house via the front door.

“He was so shocked he couldn’t say anything. He locked the door and contacted the police,” said the depute.

Defence solicitor David McLaughlin said, “She can’t remember the incidents because of her drug use at the time. She has mental health difficulties and these are exacerbated when she misuses drugs.

“At the time of these incidents she had hit something of a nadir.”

He pointed out that his client had been remanded in custody for 144 days in connection with these offences.

Sheriff Craig McSherry imposed a community payback order with 300 hours of unpaid work and a nine-month restriction of liberty order.

He warned Landels if these orders were breached she faces a jail sentence of at least two years.