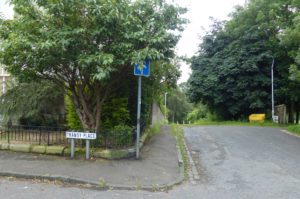 A flasher who exposed himself in front of women in Dunfermline twice within a few weeks has finally admitted his guilt.

Marcin Trendel (39), of Beatty Place, Dunfermline, appeared in the dock at the town’s sheriff court, accompanied by a Polish translator.

His trial was just about to start and the screens were put in place for witnesses to give evidence when Trendel decided to change his plea to guilty.

Defence solicitor Ian Beatson said his client worked for six weeks at a time in Scotland before going back to Poland.

Sheriff Richard McFarlane told Trendel, “I’m concerned about these offences. You appear here with no offences committed in Scotland or in the rest of the UK so I need to find out more about you to try to find out why you indulged in this type of offending.”

He deferred sentence and extra time given for the completion of social work reports because Trendel would be going back to Poland for a few weeks in April. He will return to court for sentencing on 3rd May.