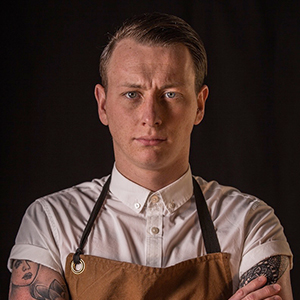 He will now take part in a live cut contest at the Scottish Hair and Beauty Show at Ingliston on Sunday 23rd April.

Scott (23) and his colleague David Logue, both of the Old Town Barber Club in Maygate, made it to the shortlist stage and there was then a public vote on-line to find the final line-up.

Over 100 contestants entered the competition and Scott is now one of four finalists hoping to be crowned the new king of Scottish barbering.

Scott said, “I left school and had four unconditional offers for university but knew I didn’t want to go on to further education.

“I was also diagnosed with type 1 diabetes when I was 17 years old and was also in a job I wasn’t enjoying, I was often ill and my health was really suffering.

“I had an interest in hair from a young age, I used to take my wet-look hair gel to primary school and do my classmates hair just for fun.

“I used to go to Hope Hairdressing to get my hair done and when I found out they were opening the Old Town Barber Club I approached Brian Jobson the owner about training as a barber.

“Brian said he would take me on and it has truly been the best decision I’ve ever made. I love coming into work, my health is much better and diabetes is under control.”