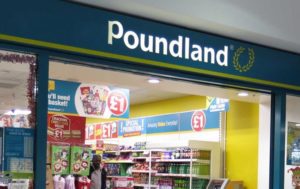 A Fife woman has been jailed for four months for stealing ice creams from a discount store.

Police called to the scene found Jacqueline Clarke and her friend standing outside Poundland eating the £1 ice creams.

Her own solicitor described Clarke’s actions as “pretty stupid”. She had hoped to sell the stolen items before they melted and make some lolly to buy drugs.

Clarke’s record was described as “deplorable” by the sheriff who sent her to jail at Dunfermline Sheriff Court.

They admitted that on 5th June at Poundland, Kingsgate Centre, they stole a quantity of ice creams.

Depute fiscal Azrah Yousaf said at around 10.40am both women were seen in the shop premises.

“The accused Clarke had put her handbag on top of a freezer and was putting items into it. Her co-accused appeared to be acting as a look-out,” added Ms Yousaf.

“They were stopped by security guards and both of them apologised. There were 20 ice creams stolen at a value of £20. Two of them were consumed and so only 18 ice creams were recovered.”

“She had taken Valium and doesn’t recall too much about this incident. The items were taken to be sold for drugs money,” he added.

“The crime was not well executed. She was standing outside the shop eating one of the ice creams when police located her.

“It was a pretty stupid theft and the items taken were not likely to have much monetary value.”

“She didn’t appreciate the quantity of ice creams being taken. She thought they were just taking some to eat, not to sell,” she added.

Clarke was jailed for four months because of her long list of previous offences, many for shoplifting. She had been put on a restriction of liberty order for another theft earlier this month.

Sheriff Charles MacNair told her, “You have a dreadful record.”

Sentence on Wilson was deferred until 1st July for reports.